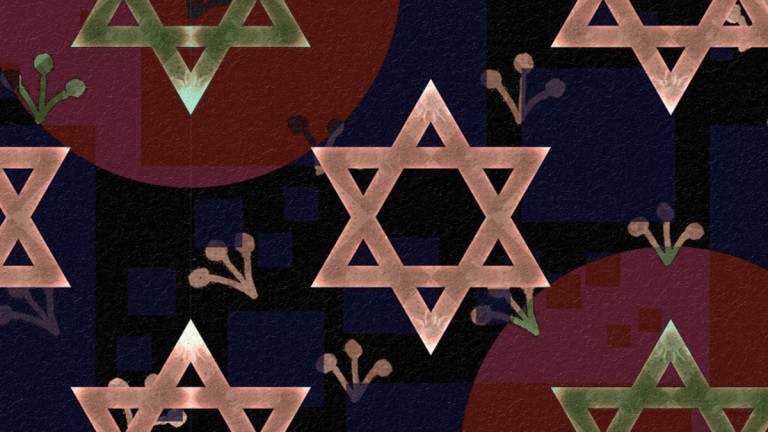 The Jewish mystical and esoteric traditions adopted a language that expanded the philosophical and scientific ideas of their time. This article focuses on identifying and designating three types of tradition within the 13th century Kabbalah, each reflecting a unique attitude to tradition.

Kabbalah (also spelled Kabbalah, Kabala, or Qabala and sometimes translated as mysticism or occult knowledge) is a part of the Jewish tradition that deals with the nature of God. The medieval Ashkenazi mystical works are a kind of Kabbalah’s highest form of knowledge of the divine kingdom, in which the names of angels and the divine are important. The mystic aspires to an ecstatic experience of God, not to his knowledge. It includes sacred texts, experience, and the way things work; kabbalists believe that God moves in mysterious ways. They believe that true knowledge and understanding of these inner, mysterious processes can be obtained through their process and that the greater the intimacy with God, the more one achieves.

This view is the starting point for most mystical and magical Jewish traditions from antiquity to the present. In Genesis 1, God creates the world by pronouncing the ultimate creative potential in his language. The soul of the individual is the hidden part of the Creator waiting to be revealed.

The Sefer Yetzirah, one of the earliest Jewish mystical texts of Hellenistic origin, dated by scholars from the 2nd-7th century AD, describes a creative process that takes place through the 22 letters of Hebrew language and the ten cardinal numbers. The text has received a top-oriented interpretation, which explains and imagines repeated creation processes by manipulating the 22 Hebrew letters, which in fact creates a golem.

The Kabbalah is a mystical tradition dating back to the earliest rabbinical period, and its central book, the Zohar, was written in 1286 by Moses de Leon in Castile, Spain. The most famous work of the Kabbalah, the “Zohar” was unveiled by de Leon to the Jewish world in the 13th century who claimed the book contained the mystical writings of Rabbi Simeon Bar Yochai from the second century. Modern Jewish scholars believe that de Leon was the author of the book, but many Orthodox Kabbalists continue to accept de Leon’s attribution of Zohar to Simeon’s writings.

With the end of the Golden Age of Spanish Judaism and the expulsion of Jews from Spain in 1492, many Jews sought an explanation of why they were suffering. The central book of kabbalah, the Zohar, brought it to a new level of popularity.

The Kabbalah is a mystical tradition within Judaism, including the modern Hasidic movement that emerged from charismatic Jewish communities in Eastern Europe in the 18th century. Mysticism is defined as an experiential spiritual effort to encounter and invoke God and the world. Qabalistic practice is concerned with the possible inclusion of God, messianic figures, and spiritual readings of Jewish texts and laws.

The Jewish Kabbalah is a series of esoteric teachings designed to explain the relationship between the immutable, eternal God (the mysterious Aeyn Svop, the infinite and the mortal finite universe) and his creation. Jewish Kabbalists developed their own translation of sacred texts into the realm of Jewish tradition and used classical Jewish scriptures to explain and demonstrate their mystical teachings.

Most mystical teachings are held by the followers of Judaism to define the inner meaning of the Hebrew Bible and traditional rabbinical literature, and these texts conceal and transmit dimensions that explain the meaning of Jewish religious observance. Traditional practitioners believe that their early origins predate world religions and provide the original blueprint for the creation of philosophy, religion, science, art, and political systems.

Traditional mystical concepts still permeate today main Jewish thought; for example, the concepts of Tikkun ha-olam (the repair of the world) and tzimtzum (God is self-limiting) permeate Jewish liturgy, including the Lecha Dodi (Friday – Hymns) and Welcome to the Sabbath, among other liturgical poems. Furthermore, academic research into Jewish mysticism has blossomed in the past decades, largely thanks to the work of a single scholar, Gershom Scholem. Hasidism, a religious movement that emerged in the 18th century and spread mystical thinking among the living masses of European Jewish society, taught that people have an experiential connection with God.

Messianism has existed as a religious subculture since the early rabbinic period and has spawned numerous messianic movements. Lurian Kabbalism was first used in the 17th century to justify Shabbetaianism, a messianic Jewish movement. The Lurian Kabbalah has influenced the teachings of modern Hasidism, a social and religious movement that started in the eighteenth century and flourishes today in small but important Jewish communities. Religious movements associated with Judaism are well known, and some of them have become popular among celebrities.

The Kabbalah began as an oral tradition, but believers trace its origins back to the Torah and have a direct connection to God. Some Jews believe that the written transmission of the Word of God is accompanied by oral transmission of the same holiness, the Mishnah and that these together form the Torah. The Qabalistic oral tradition claims that God is perceptible in 10 different potencies and light forms known as sefirot. The Spanish exile Abraham Abulafia saw meditation with divine names as the superior form of the ancient Kabbalistic tradition. Abraham Abulafia used scientific concepts in his own science to illuminate mystical texts and vice versa. Those who do not treat science with religious reverence will be surprised to discover that physics and mysticism have much in common.

An interesting affinity exists between Kabbalah and Cosmology, says religion professor and Kabbalah scholar Elliot Wolfson of the University of California, Santa Barbara. While physicists try to understand the origins and workings of the universe, Kabbalists are Jewish mystical traditions. Kabbalists believe that the Torah is God and that it has an infinite store of wisdom that can be revealed through scientific research.