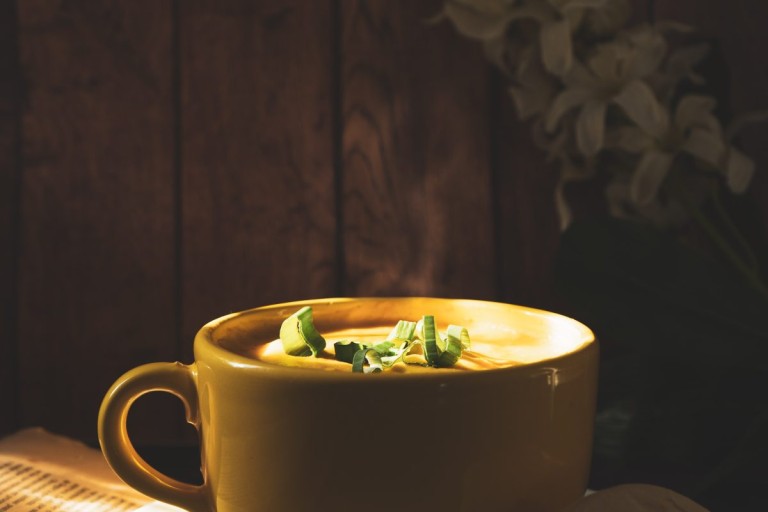 The idea is to simply feed on low-calorie, fiber-rich cabbage-based vegetable soup for a week, while consuming certain combinations of foods from other groups on each of the seven days. Cabbage soup recipes vary, but none contain added fat or starch. In addition to cabbage soup, dieters may add other low-calorie foods to their diets on certain days, such as vegetables, beef, skim milk, sugar-free juices, and fruits other than bananas (Black; Scott).

The cabbage diet is a low-fat, high-fiber diet that involves consuming cabbage soup for weight loss at least once a day for a week. This 7-day short-term diet involves consuming cabbage almost exclusively for a week with one or two other foods in mind, such as fruits or vegetables. It is also called the Mayo Clinic Diet, although the organization denies any connection to it.

The Cabbage Soup Diet has a number of other names, including the TWA Stewardess Diet, Model Diet, Dolly Parton Diet, Military Cabbage Soup Diet, Mayo Clinic Diet, Hospital Diet, Sacred Heart, Miami Heart Institute Diet, Spokane Diet Fat Burn diet. After its popularity in the 1950s, the cabbage soup diet was forgotten for a while, but was then revived in the early 1980s as the Dolly Parton Diet, Trans World Airlines Flight Attendant (TWA) Diet and Model Diet. It got these names because of the belief that celebrities, models and flight attendants must undergo strict periodic weight checks in order to keep their jobs.

It has often been claimed that the dieter will lose 10-17 pounds in the first week, either because cabbage is supposedly calorie-free or because it contains a “miraculous fat burning” compound. In the 1980s, this diet quickly gained popularity and was widely advertised as a diet used by models, housewives and celebrities to control their figure and stimulate rapid weight loss.

It is practiced for a limited time and does not include lifestyle recommendations or healthy dietary changes. Diet proponents say the plan should not be followed for longer than the prescribed seven days, but the seven-day cycle can be repeated again after two weeks until the desired degree of weight loss is achieved. In general, no one should go on a diet of less than 1200 calories without the guidance of a healthcare professional.

Restricting your diet to only cabbage soup with certain fruits, vegetables, and other low-calorie foods can significantly reduce your calorie intake, helping you lose weight quickly. It is estimated that following a weight loss diet with added cabbage soup provides about 1,000 calories per day, which is much less than your daily calorie requirement.

Like other low-calorie diets, the cabbage soup diet promises rapid weight loss, with some variants claiming that dieters can lose 10 to 17 pounds in a week simply by changing the food on their plate. The cabbage soup diet is a fancy diet because it promises fast weight loss for dieters after eating cabbage soup 3 or more times a day for 7 consecutive days. The homemade cabbage soup recipe that forms the basis of this diet includes vegetables such as onions, peppers, tomatoes, celery, lettuce, carrots, and mushrooms.

While the cabbage soup diet can help you lose weight quickly, most of what you lose through the diet is water, not fat, and it’s back almost immediately at the end of the week. But don’t expect your results to last, because this 7-day cabbage soup diet is a very low-calorie fast food that can lead to rapid weight loss, which is largely dependent on water weight.

If your main goal is to lose a couple of pounds quickly, this diet may be right for you. For those wondering how much weight you can lose with a 7 Day Cabbage Soup Diet, this meal plan claims to help you shed about 10-17 pounds per week due to significant calorie restriction.

This meal plan is not endorsed by any hospital and is NOT recommended by healthcare professionals. If you need to follow it, you MUST consult with your doctor before starting the 7 Day Cabbage Soup Diet. The Cabbage Diet is considered to be a trendy diet that is not sustainable or effective, and no well-known physician or medical institution supports it.

The most important feature of the diet is soup, which can take a long time to prepare. Proponents of this plan may opt for packages of pre-chopped kale or kale mixture instead of chopping the kale by hand. Some people may prefer to cook large quantities of soup in batches to save time.

Several variations of the soup recipe have been published, but most include cabbage, onions, tomatoes or tomato juice, celery, and carrots. You’ll spend a few dollars on inexpensive vegetables (kale is most commonly used), toss them in a saucepan, and make soup, so anyone on any budget can try this diet. As a short-term diet, those following this plan only need to stick to it for a week. However, it is not a long-term weight loss solution or a healthy eating plan, nor is it learning the skills like planning and preparing healthy meals that are necessary for sustainable weight loss.

The USDA Diet Guidelines include recommendations and suggestions for healthy and balanced meals. This includes some low carb and paleo diets, integral30, low calorie diets, and Weight Watchers diets.

The diet provides less than 1000 calories per day from days one through three, about 1000 or so on days four and seven, and over 1200 calories on days five and six. Claims that this diet can lose 17 pounds by the end of the week is exaggerated.

It seems that the diet works more like a cleanse that accidentally loses some of the weight and a lot of water, rather than a long-term weight management plan. Some people love the fact that the diet allows you to ditch unhealthy foods or junk food and does not require fancy or expensive ingredients, complicated recipes, or appetite suppressants.

Alternatively, the soup can be refrigerated for convenience or frozen for later use. You can make a whole bowl of soup and store it in the refrigerator and then reheat it.