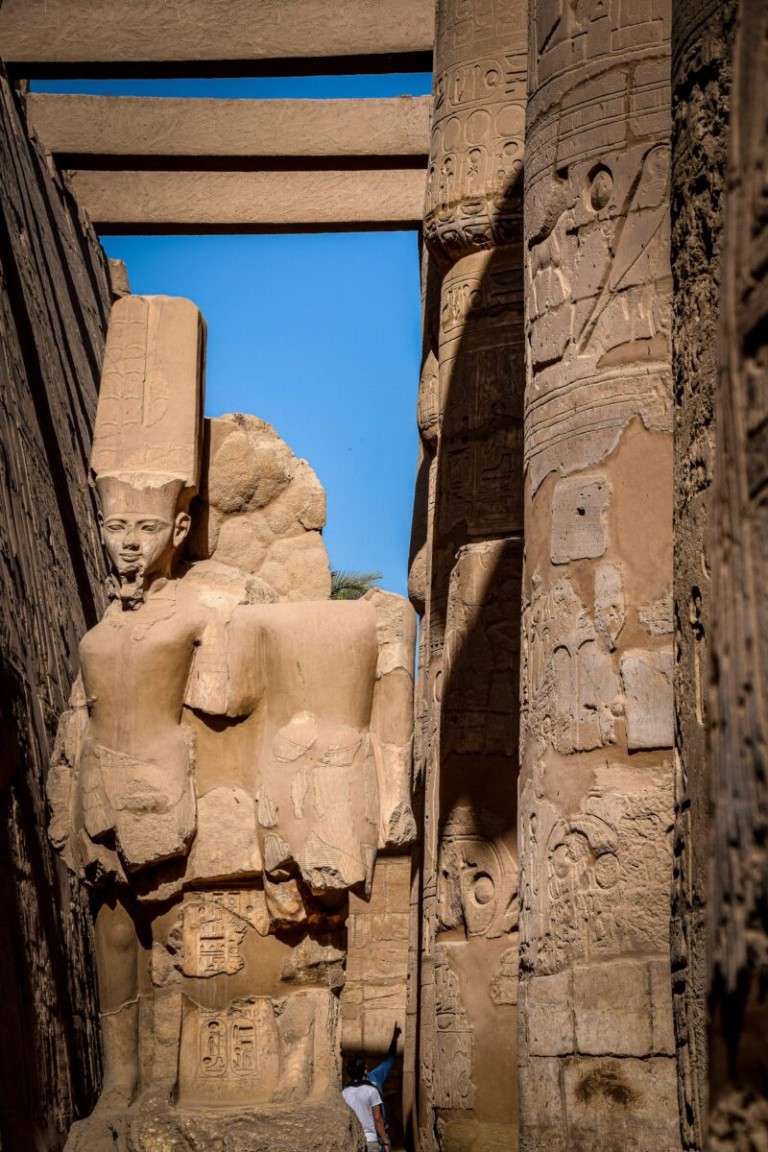 Sarcophagus (plural: sarcophagus) is a box – like a burial vessel for a corpse, which is most often carved in stone and exhibited on the ground, although it can also be buried. The word sarcophagus comes from the Greek sarx, which means “flesh,” and the word sars (sarx) means meat – to eat. In ancient Greece, it also meant “stone that eats meat,” because it resembled a stone that eats meat, a practice common in ancient Egypt. The earliest stone sarcophagi were used by the 3rd Dynasty, which ruled from 2686 to 2613 BC, and by the 2nd Dynasty from 2584 to 2591 BC, and then by the 5th Dynasty (2581 to 2711 BC, 2611 to 2612 BC).

Sarcophagi in ancient Egypt were typically made of stone and were used to protect the coffins of the royal elite from tomb robbers. These ceremonial burials gave archaeologists insight into the Kings “ideas about the nature of death and the afterlife. The sarcophagus is an artifact that has survived from ancient Egyptian culture for over 2,000 years, from the 3rd to the 5th Dynasty. Sarcophagi (plural) are boxes – like burial vessels for corpses, which are most often carved in stone and exhibited on the floor, although they can also be buried. Depending on the status of a person, the sarcophagi could also have represented the king, queen, king’s son, or even the head of the royal family.

The word sarcophagus comes from the Greek sarx, which means “flesh,” and sarcophagus, which means “stone that eats flesh.” The word also referred to a certain type of limestone, which was thought to facilitate the rapid decomposition of the flesh contained in it, due to the chemical properties of this limestone. The term also refers to stone coffins laid in the ground, although some of these early sarcophagi produced a coffin in which the body of a human being, such as a man, a woman or even a child, was stored. Sarcophagi also mean “stones that eat meat,” while lithos (“sarcophagus”) means “eat meat” or “eat seed meat.”

Egyptian Pharaohs of the 3rd Dynasty, who ruled from 2686 to 2613 BC, used the earliest stone sarcophagi. The ancient Egyptians believed in the hereafter, and because they emphasized it, some of these sarcophagi were buried with the body of a human being, such as a man, a woman, or even a child. Sarcophagus should be an eternal dwelling or a place in itself where the bodies of people were kept. In royal tombs, this protective shell was typically surrounded by various figures, food and riches, which were to provide comfort to the deceased for eternity.

Sarcophagi were highly decorated coffins, often decorated with art, inscriptions and carvings. They were first used in ancient Egypt and ancient Greece and gradually became popular throughout the ancient world. Sarcophagi were sometimes carved or painted both inside and outside and often decorated with art such as inscription and carving. In China, elaborate stone sarcophagi were used to bury members of the royal family, and were often elaborately carved and sometimes inlaid with gold and precious stones. Many ancient cultures used sarcophagi, and many of them were carried out in ancient Egypt and Greece, often for burial purposes such as burials, burial rites or as burial sites for the dead.

In Egypt, the sarcophagus was used as an external burial vessel, normally large enough to hold a coffin, and was intended to reduce the risk of decomposition. They served as monuments to powerful people and societies, and also to keep out grave robbers who might have been interested in other grave goods that could be buried with the dead. In the sixth century, the Romans also used sarcophagi, some of which can still be seen today. Later cultures chose the burial vessel for other reasons, such as the fact that they believed the sarcophagi would eat the body.

Several examples of ancient sarcophagi are on display at the National Museum of Archaeology in Washington, D.C., so visitors can admire their craftsmanship. The earliest sarcophagi were designed for the pharaohs of Egypt and reflected the architecture of their palaces. They were elaborately decorated with carvings and paintings by their wealthy inhabitants. In addition, the sarcophagi typically contained the names of the persons buried in them. The Egyptians believed that remembering a person’s name would ensure that he or she would live in the afterlife.

The sarcophagi typically also contained a door through which the soul could pass through, through which the deceased could see the world further. The tomb almost always had feet and was often decorated with ornaments, but the coffin was empty, just like an empty symbol or vessel. The word sarcophagus is also derived from sarx, which means “meat” and “phagein,” which means “to eat.”