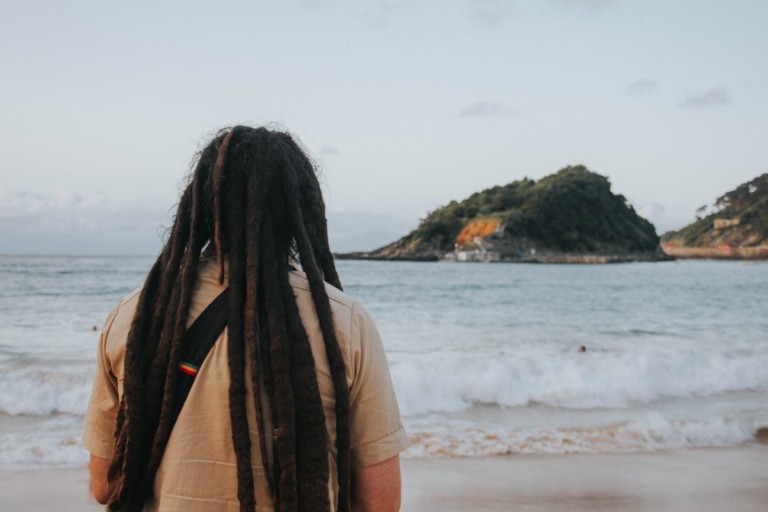 The word Rastafari refers to a creed, religion, movement, or organization. Many Rastas reject the term “Rastafari” as a religion and instead refer to it as a way of life, philosophy, or spirituality. Some scholars emphasize their political stance in support of African nationalism and Pan-Africanism and call it either a political movement (political-religious movement) or a protest movement. The movement was also classified by religious scholars as a new religious and social movement.

Ras Tafari (also known as Ras Rastafari) is a religious and political movement that started in Jamaica in the 1930s and has since been adopted by many groups around the world, combining Protestant Christianity, Mysticism, and Pan-African political consciousness. Rastas, as the members of the movement, are called, see their past, present, and future in different ways. It is a syncretistic movement that includes a reinterpretation of biblical symbolism, elements of Christian Mysticism and Gnosis, Caribbean survival, African spirituality, Hindu-influenced beliefs in karma and reincarnation, and parallels to Buddhism.

The members of the movement believe that they are tested by Yah, the god of slavery, the existence of economic injustice and racial oppression. Some object to non-Rastafarians regarding it as a religion, even though their movement is based on religious principles. This objection is based on the belief that the Rastafari movement is a way of life and not a religion.

When the Rastafarians emerged in Jamaica in the 1930s, they began as a dynamic religious movement that, over time, morphed into a movement challenging the prevailing social, economic, and political order. Despite the fact that it developed as a way of life for its followers, it retained its original character as a religious movement that challenged other mainstream religions and sometimes supplemented them. The burgeoning factions within their movement reflect a number of influences, including Old Testament instructions to avoid certain foods and local beliefs about the spiritual power of marijuana.

While preachers such as Robert Hinds, Joseph Hibbert, and Archibald Dunkley grew in importance over the decades, Leonard Howell was the most important figure of early Rastafarianism for many scholars. Howell, a former member of Garveys Universal Negro Improvement Association, attracted a large following upon his return from extensive travels to Jamaica in 1932 and outlined the principles of the emerging movements in the publication of The Promise Key.

The emergence and growth of the Rastafari movement in the Caribbean was a direct result of slavery and attempts to destroy slaves’ “efforts to forge their own cultural identity and desire for freedom. Along with the rise and spread of Ethiopianism and Pan-Africanism, Restless Safarianism took root in Jamaica after the coronation of the Ethiopian Emperor Haile Selassie I in 1930. As a spiritual movement based on faith in the deity Selasia, its followers rallied around preachers such as Leonard Howell who founded the first prominent Rastafarian communities in the 1940s.

Among other things, Rogers regarded the Ethiopian Africans as the chosen people of God, whom Marcus Garvey had proclaimed as apostles. This position is not at odds with Rastafari views, because they acknowledge the divinity of Emperor Haile Selassie I of Ethiopia as the inspiration for the Rastafari movement. In 1948, 50 years after the founding of TYOR, the Ethiopian Emperor gave land in Shashamane, Ethiopia, to the members of the developing Rastafari movement in Jamaica and to the African-Caribbean people upon their return.

Ras Tafari Makonnen was appointed Emperor of Ethiopia on November 2, 1930, with the name Haile Selassie, considered by his followers a prophet. He showed great respect for the Bible and used quotes from it in his speeches: “My favorite is the prince who came from Egypt to Ethiopia and stretched out his hand to God” (Ps. As for Garvey, although he became one of the founding fathers of the Rastafari movement, he never presented himself as a Rastafarian prophet.

Before his coronation, Garvey was known as Ras Tafari Makonnen, from whom the movement got its name. The Rasta religion is based on the text of the Holy Bible, but they update it the other way round, believing in white power and raising their voices to reflect their deep belief in the importance of honoring African heritage. They believe in a black king or messiah, an incarnation of God who will lead people of African descent to the Promised Land.

The great Jamaican leader and motivator of the masses, Marcus Garvey urged his followers to look to Africa for the coronation of a black king and his Savior. Garvey used many biblical terms when he taught his followers how to free themselves from the oppression of white men. What he meant by these terms and where to use them are unclear, but it is clear that many Jamaicans literally took them.

The Rastafarians regard the emperor as their Messiah and rename the movement after his birth name Ras Tafari Makonnen. The Rastafari religion continues to follow trends in the interpretation of the Bible, leading to practices that make it unique from others. There is no denying that the insane popularity of Bob Marley’s music has helped spread the Rastafari lifestyle.

The stories of forgotten religious founders Alexander Bedward, Leonard Howell, Robert Hinds, and Prince Emmanuel Edwards, and their struggles with the British authorities, made religion a resistance movement in the Caribbean and Britain in the 1960s, with black communities and whites embracing Rastafarianism, including New Zealand’s Rasta legislator and Japan Rastas in Tokyo. Thanks to music and the Internet, the emperor’s message touches people everywhere. Benjamin traveled to Africa to visit the Rastafari community in Shashamane, Ethiopia, where Jamaicans settled back to their roots in the land of Emperor Haile Selassie.