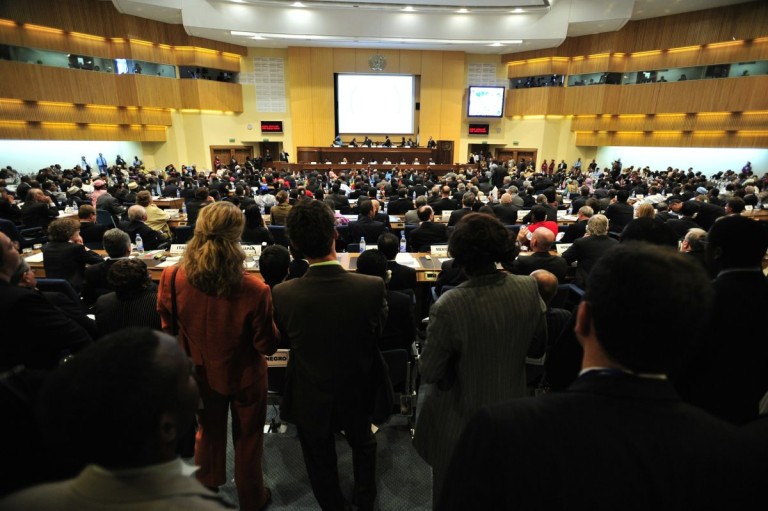 World Population Congress Bucharest, August 19-30, 1974 Bucharest, The third World Population Congress was organized by the United Nations and was held in Bucharest, Romania. Population Mexico City, August 6-14, 1984 Mexico City, August 6-14, 1984 The August 1984 conference reviewed and approved most of the 1974 Bucharest Conference Agreement and expanded the world population The action plan includes the results of his recent research. Survey results and data provided by the government. The meeting was hosted by Margaret Sanger, who recognized that the scientific focus and coverage of the League of Nations could legitimize “overpopulation” as a topic of discussion in international forums. It will solve the relationship between population and socio-economic development, human rights, resources and environment, and family.

The Bucharest Conference was one of three world population conferences convened by the United Nations (Bucharest, 1974; Mexico City, 1984; ICPD, 1994). The United Nations, with strong support from the United States and some countries in Western Europe and Asia, convened the first of three decades of an intergovernmental conference on population in Bucharest in 1974. The World Population Conference (WIC) in Bucharest (1974) was marked by open disagreement over the interpretation of the relationship between the backwardness of the third world and its overpopulation. They were also wary of the draft action plan that was submitted to the conference for approval, as it undermined national sovereignty by defining an overarching policy that all countries must adhere to.

While finding solutions to the challenges of population growth will require years of generous commitment from all people of goodwill, the World Population Year and the Conference represent a particularly important opportunity to raise awareness around the world of needs. people and nations. At this conference and subsequent conferences in Mexico City (1984) and Cairo (1994), government representatives replaced individual experts from previous years, which was an appropriate change for the discussion of population policy. In line with this view, the secretariat of the International Conference on Population and Development (ICPD), held in Cairo in September 1994, accredited a total of 1,254 NGOs, most of which are American. Delegates will strive to agree on a World Population Action Plan to address issues such as overpopulation, international migration, and population pressure on resources and energy.

The debate has focused on the relationship between demographic issues and development. The main political issue was that 106 out of 148 invited countries found their population growth rate to be satisfactory or too slow. The WPC in Bucharest gave the Romanian delegation a privileged position.

Obviously, these problems have economic and social aspects, but they are, first of all, human problems. It is often said that in order to enable the development of less privileged countries and guarantee future generations a healthy environment and a life of human dignity, population growth must be drastically slowed down, and that government authorities must worry about this themselves. The Year of Population should proclaim the renewal of the commitment of all to complete justice in the world, to work together to build a common future for humanity. Therefore, any demographic program must be at the service of a person. Indeed, the discussion of population problems touches upon the human person himself.