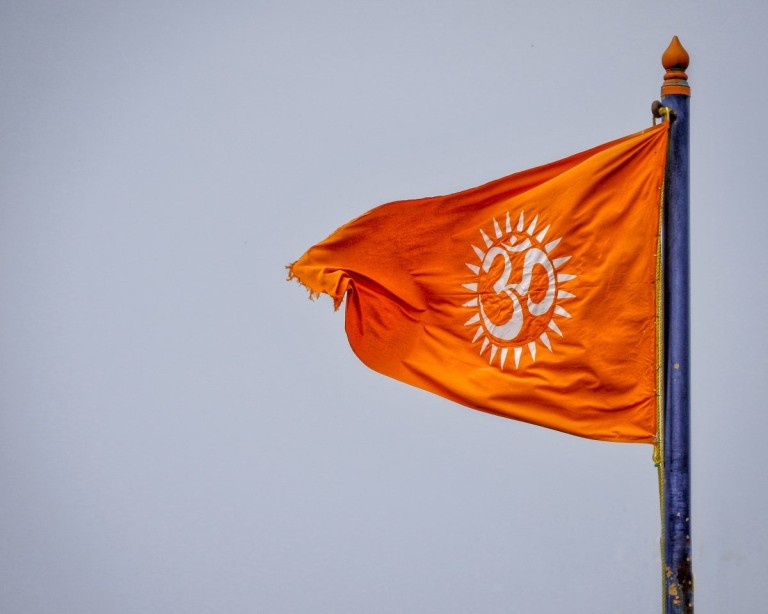 The term “Hindu” is generally applied to anyone who lives in the Indian subcontinent and embraces Hinduism in any form or development. The word “Hinduism” does not appear anywhere in Hindu scriptures, and the term “Hinduism” was coined by foreigners to refer to people living across the Indus River or Sindhu in northern India, around which the Vedic religion is believed to have spread. The term “Hinduism” comes from the word “Hindu”, which is a Persian corruption of the word “Sindhu”, the ancient name of the Indus River, which flows through northern India.

Hinduism is a word that many people, including those who call themselves Hindus, often do not understand the true meaning of Hinduism. Others, perhaps the majority, have simply adopted the term Hinduism or a similar Hindu term, especially Hindu dharma (Hindu religious and moral law), in various Indian languages. Because Hinduism does not require its followers to accept any ideas, Hinduism is much more cultured than the faith.

Hinduism rejects belief system unless it contains Indian culture in some way. There is no notion in Hinduism that religions other than Hinduism cannot be the way to God. This belief is one of the main reasons why Hinduism is seen as a religion of tolerance.

Hinduism has many gods, scriptures, religious practices, etc. but followers of Hinduism show some solidarity because Hindu philosophy is so flexible that Hindu philosophy accepts all opinions. For this reason, Hinduism is sometimes referred to as a “way of life” or “religious family” rather than a single, organized religion. To that end, it is less a religion than a codification of the way of life and the evolving beliefs of the people of the region. Purists see Hinduism more as a sanatana dharma (the eternal way/law) than a religion as it is considered a moral way of life.

Hinduism is a mystical religion that guides its followers to experience firsthand the eternal truth within itself, culminating in the pinnacle of consciousness that human beings and the one supreme reality are always one. Hinduism is a mystical religion with no books or prophets, but followers believe that Brahman is a creative force: everything comes from Brahman. The central tenet of Hinduism, in whatever form it takes, is self-knowledge. Knowing oneself, one knows Brahman.

One of the main ideas of Hinduism is “Atman,” or belief in the soul. A fundamental tenet of Hinduism is that people’s actions and thoughts directly determine their present and future lives. While it is difficult to fully define Hindu beliefs, major Hindu themes include Dharma (code of moral conduct), Samsara (continuous cycle of life, birth, death and rebirth), Karma (action and subsequent reactions), Moksha (liberation). from samsara) and various yogas (paths to liberation). Followers believe in the teachings of reincarnation (the continuous cycle of life, death, and reincarnation) and karma (the universal law of cause and effect).

Modern Hinduism has its origins in ancient texts called the Vedas and shares many similarities with other Indo-European religions such as Zoroastrianism, including a strong natural deity and elements of its worship. Brahmanism evolved into the system now known as Hinduism, which, while generally considered a religion, is also considered a way of life and a philosophy. The principles of the first way of life are taken from the Vedas and are embodied today in temple Hinduism, Brahmin religion and the caste system. The concept and narrative of “Hinduism” as a “distinct world religious tradition” was also popularized by 19th-century missionaries and European Hinduologists, whose roles were sometimes filled by the same individuals who relied on texts preserved by Brahmins (priests) as their Information. Statements about Indian religions and what Eastern missionaries consider to be Hindu animism.

Others prefer “Vedic religion”, using Vedic terminology to refer not only to the ancient religious texts known as the Vedas, but also to a flowing corpus of sacred writings in several languages ​​and an orthodox (traditionally recognized) way of life.

Julius Lipner argues that the vaidika dharma or “Vedic way of life” does not mean that “Hinduism is necessarily religious” or that Hindus have the generally accepted “conventional or institutional” meaning of the word “Hindu”. Adherents of Hinduism know it as Sanatana Dharma (“eternal order” or “eternal path”) and understand the precepts set forth in the scriptures known as the Vedas as if they had always existed, like Brahman, the Supreme. from which all creation springs, has always been. The geographic, rather than ideological, basis of Hinduism (the fact that it encompasses everything that its inhabitants believed and did) gave Hinduism the character of a social and doctrinal system that extends to all aspects of human life.

The corresponding influence of many other religions on Hinduism (it has an extraordinary propensity to absorb foreign elements) has greatly contributed to the syncretism of religions, the wide variety of beliefs and practices that it embraces. Even more ambiguous is the diversity of Hinduism; Hinduism happily embraces all other religions. Hinduism as a religious system fails because it does not recognize Christ as the one God-man and Savior incarnate, the only sufficient source of salvation for mankind.