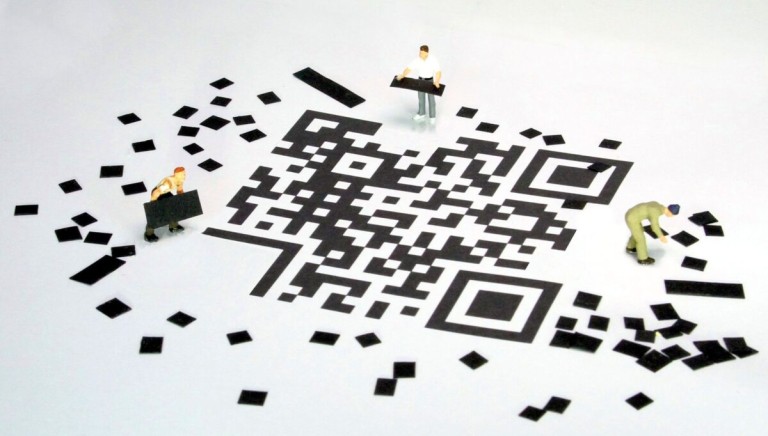 A QR code (Quick response code) is a genre of the two-dimensional bar-code (or matrix bar-code), It was designed in 1994 for the automotive industry in Japan.The QR code system was invented by “Masahiro Hara” from the Japanese company Denso Wave, the design was influenced by the black and white pieces on a Go board. It was invented for the purpose of tracking vehicles during manufacturing; it was made to allow high speed component scanning. QR codes contain data for an identifier, or tracker or locator that directs you to an application or a website. A QR code uses four standard encoding modes :

Due to its fast readability and efficient storage capacity compared to UPC bar-codes the QR code system became popular outside the automotive industry and it’s applications include time tracking, identifying item, tracking products, managing documents and marketing. The way QR code look is that it consists of black squares arranged in a square grid on a white background, which can be read by an imaging device like a camera.

QR codes usage in a broader context in present time includes both commercial tracking applications and convenience-oriented applications aimed at mobile users, those uses can be :

Their are also some features that distinguish the QR code such as:

Finally, we mention the 5 types of QR code: