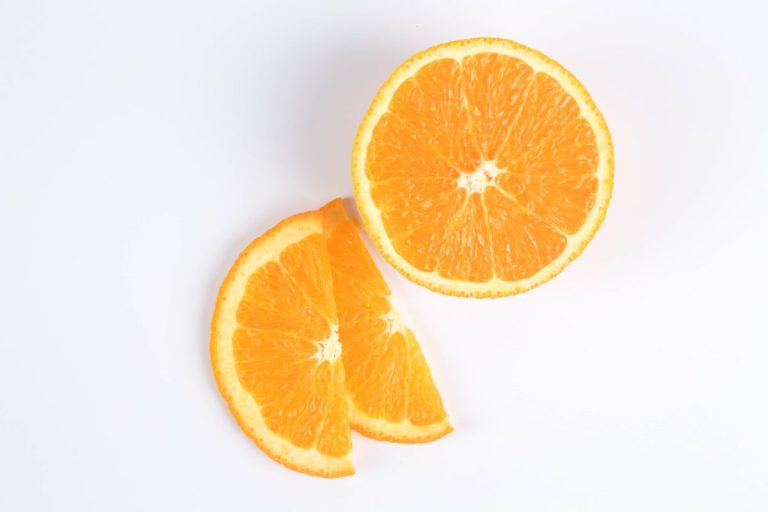 What’s breakfast without a side of OJ? While not quite as popular as it once was, orange juice remains the most popular juice in the U.S.

Low in calories, and high in fiber and vitamin C, oranges make an excellent snack. And while you may think there isn’t much to learn about such a common fruit, here are seven facts that might surprise you.

Oranges are a hybrid of two citrus fruit: a pomelo and a mandarin, with 25% of its genome coming from the pomelo and 75% from the mandarin.

Looking at an orange this makes a lot of sense, as the pomelo is a large green citrus fruit with tough skin and fibrous flesh while the mandarin is thin-skinned, bright orange and very sweet. The orange falls somewhere in between.

Not All Oranges Are Orange

As a subtropical fruit that grows in temperate climates oranges turn orange, but for those that are grown in the tropics their chlorophyll is preserved and they tend to remain green.

To get oranges the bright orange we see in stores the orange might be exposed to ethylene gas, coated in wax, and yes – even dyed.

The etymology of the word “orange” goes back to the Sanskrit word for “orange tree,” nāranga, though that word could be from the Dravidian (another South Asian language) word for “fragrant.”

The word “orange” only made its way to the English language sometime in the 1300s while it’s reference to the color didn’t appear until the 1500s.

While Brazil And Florida Are Major Orange Producers, Oranges Originated In What Is Now Southern China And Malaysia.

As of 2014, Brazil is far and away the largest producer of oranges in the world, followed by China, and finally the United States. But oranges themselves originated in Southern China and what is now Malaysia around 2500 B.C., making their way East across Asia, the Middle East, up through Greece, down through Africa and eventually to the New World when Columbus brought seeds with him on his voyage.

There Are In Fact Two Words That Rhyme With Orange

They say orange is an unrhymable word, but that is not entirely accurate. The truth is there are a couple words that rhyme with it, just nothing you’d realistically use. There is a mountain in Wales known as Blorenge and spores are made in a sac known as a sporange. So go ahead, put that in a song.

Speaking of which, during a 60 Minutes interview rapper Eminem threw out the rap, “orange, four-inch, door hinge in storage.” So there’s that.

It Takes Almost 14 Gallons Of Water To Grow One Orange

We keep hearing about California’s years long drought and how imposed water limits are affecting crops in the state’s Central Valley. While almonds get villainized for using just over a gallon of water per nut, oranges, another popular crop in California, are far larger water hogs, requiring almost 14 gallons or around 50 glasses of water per fruit.

The Bigger The Navel, The Sweeter The Orange

Navel oranges were given their name thanks to the belly button shape formed on the opposite end of the stem. Open them up and you’ll find a partially developed fruit inside. To find the sweetest one, just look for one with the largest navel.

We tend to toss the rinds of an orange after we eat them, but orange peels are natural deodorizers.